During the movie, Adam Kesher smashes a windshield from a producer´s car with a golf club. The selection of the destroying weapon wasn´t at all arbitrary, it is in reference of famous actor Jack Nicholson, who was even baptized Mulholland Man for some time after doing the exact same action in real life back in 1994. 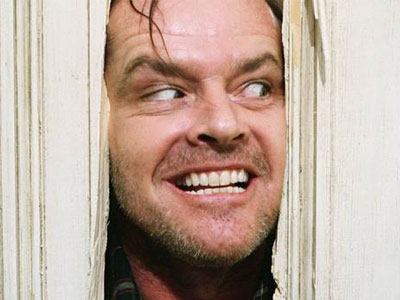 The singer that interprets the song “Llorando” (Spanish version of “Crying”) when they arrive to the theatre named Rebekah Del Rio was auditioned by Lynch when he impromptu told her to sing something for him inside a recording studio where she was taken by a talent agent. The audition, without the singer and actress knowledge was being recorded by the sound engineer. It wasn´t until years later that the project of Mulholland Drive came along that the song got used. The recording on the final cut of the movie is the same it was impromptu by the actress many years back with little tweaks to improve quality.

When the movie was ready to be shipped to theaters all across the globe, the director David Lynch decided to put a typed not inside of each with a set of very particular instructions on how to project the film. These notes were sent worldwide. In the note he explained things like giving the film a little overhead instead of centering it vertically. The reason behind this suggestion is that the footage was originally thought for TV and given an aspect ratio of 16:9 (1.78:1) and the untouched ratio on most screens in the world would have decapitated many characters in many scenes. Besides the ratio, he also requested the sound to go up three decibels when the film was being played. He ended the note with a friendly statement saying, “Your friend, David Lynch”.

The first offering by Studio Canal to make a full-length movie out of the TV pilot was rejected by David Lynch and it wasn´t until a year later that he was brought back to revisit the film. The odd thing is that all the sets that the movie had been shot at, were destroyed. Also, the costumes were given out by ABC. This could be a nightmare for most directors, but not for David Lynch, whose badly-called thriller movie was finally finished in his head when he had to start that all over again.

Too Old For What?

Naomi Watts was about to quit acting before she was selected for this movie and Laura Harring had been Miss USA and Miss Universe in 1985. They were not so young when they performed their roles in Mulholland Drive. This was one of the main reasons why ABC top executives said no to the original version of the TV pilot. They said that both actresses were just too old to become movie stars. They were very wrong since Mulholland Drive went on to win several prizes including the best movie of the decade in 2010 by Les Cahiers du cinéma in France.

ABC executives rejected the original pilot version of Mulholland Dr. (1999) because they thought that Naomi Watts and Laura Harring, among other reasons, were too old to be television stars.